The Victoria’s Secret model Yfke Sturm who was sent racing into a coma, due to electric surfboard incident, with a fractured skull and many broken vertebrae is back!

I know because I am in Rome and what a city! Literally eternal.

But back to Ms. Sturm, it is very good news and Laird Hamilton should be pleased. He, of course, wrought this mess upon us what with his infernal fiddling. Hydrofoils one day, Golfborts the next. Murderous motorized surfboards somewhere in between.

When will it end? Thankfully not with Ms. Sturm.

Being in Rome makes me think about the permanence of surf on this world and makes me realize how fleeting we are. Like Native Americans.

Our collective addition to mankind’s cultural wealth will disappear as quickly as we do. Is that a bummer?

Should we build a giant marble monument in front of Pipeline? Hmmmm. Whatever, I suppose, at least we (Laird) didn’t kill a gorgeous model.

What a strangely satisfying thing it is to hit the Cloudbreak reef!

That’s our boatman laughing, lifting the engine hatch on on the big black outboard, hot black oil spewing in every direction. Now we’re adrift in the Pacific Ocean, islands silhouetted against a darkening sky like medieval castles.

But we have beer. And rum. And a bit of scraggly bush weed that we just scored off a funky little ghetto house on the dry land side of Viti Levu.

Dunno about you but my favourite Hendrix line has always been “drifting on a sea of forgotten teardrops”. Nothing captures the feeling of being blown out to sea in a broken down boat by a twenty-knot tradewind,  so very, very far from a madding crowd than those words.

We drank the beer, then passed the rum around, then rolled up the bush weed, and pissed over the side and tried not to fall overboard. It was probably ten nautical miles to the nearest island. If the gods were smiling you might drift there on a sea of forgotten tears. Probably not though.

“On a lifeboat… sailing for your love.”

Sometime before midnight we got towed into a small rock-walled harbour on an island. We knew the forecast was six-to-eight-foot at Cloudbreak tomorrow. The smart thing to do was keel over and pass out but we kept drinking, at the bar. Cocktails and Fiji bitters until we couldn’t walk. Until our eyeballs sweated.

Then the boat ride out to Cloudbreak. Those blue hues on the reef kill me. Jumping off the boat. Should I take a bigger board? Nah, nah, come back for it. It’s steamrolling down the reef. Heavy. Thudding head, weak as a new born foal. Slipped off the side of the board out the back, under the sea, drifting in a sea of forgotten teardrops. Your love. Home.

Nothing spells living the dream for the working stiff more than standing upright in an ice blue Cloudbreak cavern looking out to islands in the distance framed by falling lip.

I did that first wave. And second.

Somehow I made it three hours in before the inevitable. Threading a hollow one towards the inside. Pinched, then punched hard off the bottom. What a strangely satisfying thing to hit the reef like that. The deep bass note shuddering through your body. The shock. So visceral and raw in a world of mediated reality.

Legrope tangled around my neck. Trussed up like a christmas ham. Pushing off the bottom now with some desperation, and seeing what every trussed up rotting piece of ham wants to see: an eight-footer detonating right in front of you.

Paddling back out the reef drained by a thundering wall, milky blue against white tradewind cloud and sun. It caught me inside. Boom, bang, boof.

On the reef. Tumbling. Legrope tangled around my neck. Trussed up like a christmas ham. Pushing off the bottom now with some desperation, and seeing what every trussed up rotting piece of ham wants to see: an eight-footer detonating right in front of you.

It hit me like a car crash, like a king hit, like a nightmare you had as a kid. A mushroom cloud of whitewater picked me up and smote me on the reef. With biblical vengeance. Again and again and again. I think I blacked out a bit. I was hugging my board in a death grip. Drifting.

Banging coral. Stuck in crevices. I couldn’t see, I couldn’t breathe. All I could see was pure white with little stars floating here and there. A dull rushing roaring sound in the back of the ears.

The rational thing to do was float in and walk up the reef. Submit. But like the drunk guy in a streetfight, too stupid to lay down, I kept trying to stand up until the next whitewater knocked me down. Bang, bang. Bump.

For a long time I stood there on the reef. You want to know what it’s like? Sharp.

Lots of live coral. Big tables of live coral with crevices and trenches. Black and red fish darting out of caves. Clams with iridescent vaginal lips of blue and purple. Beautiful beyond description. I wanted to lie down and have a sleep.  A little sleep perchance to dream about surfing Cloudbreak, like I did so many times.

Eventually I started shuffling here and there like an old man with dementia even though I’m only one year older than Robert Slater and with more hair*. I got to the boat after an hour. Cut up, bruised. Nothing major though.Nothing structural. Ecstasy.

I thought I should drink less after that. But somehow one beer tasted great and then another. And the rum buzz was great. The old letting go. More Fijian bush weed. Before I knew it I was staggering back to a thatched hut with sweating drunken eyeballs. Drifting.

Here is the boat now and here is the boatman and it’s still pumping at Cloudbreak. And like my very good friend Ram Dass says: “The cosmic dance goes on. It’s not an easy task for the working man in this godawful year of our Lord 2015, but it can be done. Fuck you Ayn Rand and the white pony you rode in on.”

*Only a little more.

For the very first time! Laughs, many thrills…

How can you not love the Ho family? A surf stoked family of rippers. Friendly times, good vibes.

Short, for sure. Very short, but how much better is that for surfing? Not many six-foot-plus dudes out ripping.

I’ve seen uncle Derek roll into a second reef Pipe bomb, fading and slamming on the breaks right as it hit the inside reef and turned into one of the craziest barrels I’ve ever witnessed first-hand.

Coco made eye contact with me at Laniakea one time. My heart melted.

I was at the Mililani Walmart with my pops, Bill, and Mike Ho was cruising around, shopping for whatever you buy at Walmart. Cleaning supplies and toilet paper probably.

My dad wanted to go say, “Hi” and fan out. Don’t embarrass me, Dad!

But my fave Ho has gotta be Mason. Such a pocket-sized, always amped, ripper imp. Oodles of style, one of the most creative approaches in the business, and he rides proper-sized boards in waves of consequence. I’m a big fan of that, keeps me from feeling like a pussy ‘cuz I don’t have the balls to try the John John two-stroke air drop in on a 6’2″ in throating hell beasts.

Mason makes surfing look fun, even when I know I want no part of the dry reef right belching shoreward from Rockpiles. He’s got that je ne sais quois, where every clip makes me want to paddle out and try throwing airs I have no hope of landing, or pull into barrels I know I ain’t coming out of.

Ozzy Wright’s in there. Mitch Coleborn too. Sometimes Chippa Wilson, though not lately.

Has Kelly Slater finally been deposed? Will he be jealous?

Kelly Slater has sat alone at the top of the sexy heap for 20 years. 30 even. That Syrian skin? Those piercing eyes? Pouty lips? Wonderfully symmetrical head? Etc. He is a Bruce Webber dreamboat, obvs. But guess what? There might have been a changing of the guard!

Hawaiian Surfer Koa Smith just won V-Man magazine’s VMAN/Ford model search! Andrew Sayer, editor of the equally gorgeous Later mag, sent it to me this morning in an email and asked, “How jealous are you?” I tried to be a model once but was only offered, maybe, to be shot for Playgirl because “They like men with other jobs…” i.e. I was never going to be a model i.e. I’m not Kelly Slater. Or Andrew Sayer (he is very handsome too). 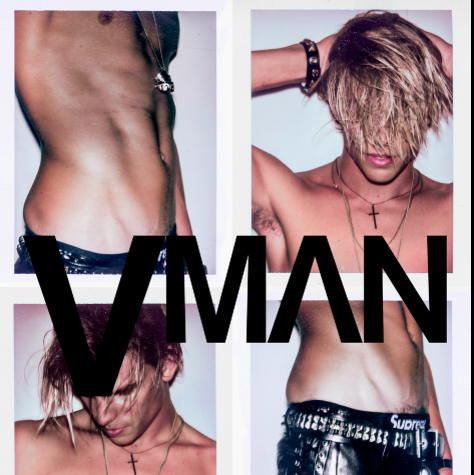 It's the device that either separates or connects you to the most profound of pleasures. Get to know it!

It’s that great toy that provides such thrills for so little money. But how many of us have left the shop or the bay with a mixture of disappointment and a feeling of being ripped off?

You can’t blame the shaper. Unless you’ve been going to a total backyarder you’ll get what you asked for. So how do you get the surfboard you want. And need. Think a little and know that:

1. Volume is important but rocker is everything

Everyone’s hot for knowing their surfboard’s volume in litres. I’m a 28; you’re a 24. Life’s great. But knowing volume is no different to knowing your jean size but being unaware of rises and cuts and silhouettes and how tapered you want your legs. Me? I believe the key to getting a surfboard that’s going to skyrocket your confidence is in low rockers, particularly nose rockers. Curvy boards are like standing on rolling logs. You want stable. When you paddle you want fast. Sure, know how many litres are in your board, but start thinking about rocker.

2. Board design is a game of give and take

It’s physics. A curvy board won’t have drive. A flat board won’t fit a curve. I know, I know. You read the spiel about a model and they’ll say, easy to turn and with drive! It can’t happen. The theory is concave will deliver the speed while the curve in the rocker gives the turn. What you get is a twitchy speed from the concave but not drive which is an earthy V-8 kinda torque. All board design is about adding and subtracting until you find the happiest of mediums. The more extreme one aspect of design, the more it’ll lack in another. Which leads to…

3. What kind of surfing are you chasing?

It’s no accident that the smoothest and fastest surfers (think Mick Fanning and Joel Parkinson) have shelved their air games. Both ride boards that are made for speed and drive and the most pleasing of real-estate gobbling cutbacks. Filipe Toledo, on the other hand, rides boards that… pop! Heavy tail curve! So apply it to your own game. If you want to paint trad lines, try variations of the Parko/Fanning boards; airs, try Filipe or Noa Deane.

Square or rolled, what’s it going to be? Rails used to be such a big deal and now we kinda take what we’re given. If a shaper is trying to squeeze your 28 litres into a 5’6″ you’re going to get a full rail; if it’s in a 6’1″, they’ll be rolled to the heavens. Maybe it’s time we stole some of our control back. You like basic, easy-to-ride boards? Go squared-up rails. You want volume but a thin rails and don’t mind a loss of stability. Roll ’em.

Just once in your life, order a board that is glassed the same as the pro’s. It won’t last, of course. But you’ll discover another of those semi-secrets: super-light boards are the easiest to throw around.

(Want to see the best in the biz? Listen here)

How not to: Surf Cloudbreak Hungover!

5 Things To Know About Your Next Board