Has surf made you partially deaf too? Here's a cure!

A few years ago, I made pals with a deaf Jew big-wave surfer. Beautiful guy (for one of them baby-eating, Palestinians-under-the-jackboot Jews). He was so good at lip-reading the only giveaway that his ears were bolt-ons was the tonal honk when he spoke, although it did come across as a little Occy-esque.

Idor Dar-el charges trinkets at Cloudbreak and is poetic when it comes to describing surfing in silence.

“It’s the best thing to being one with the wave,” he says. “The energy of the wave engulfs you. The senses are heightened to smell and taste and being aware of the surrounding. It sounds real corny but you hear the ocean from the heart. It’s similar to hearing people who dive in the silence of the depths.Imagine hearing the thundering set waves, the foamball inside the tube, though your eyes, through the body.”

Ido says he’ll “never forget the only time I actually heard a tube at Zicatela (Puerto Escondido) riding at full speed on a thick seven-six, a brown, dark, sand-sucking cave and the… kaboom… in my ears just before being spat out into the light. I had tears of joy. It was so emotional.”

After talking to Ido in Israel I figured, wouldn’t be such a bad thing to lose the speakers. I, too, might become poetic. Gifted the keys to the metaphysical.

And then it actually happened.

A few months of cold winds, cold water and my left ear was as useful as a six-ten gun in Filipe Toledo’s quiver. Full of water. Wouldn’t come out.

I had it cleaned a couple of times. Fished around with my finger every minute of every day, retrieving wax, balls of sand, sometimes blood.

In conversation, I had to narrow my eyes in concentration and twist my good ear towards whomever was talking to me. Pals would shout hello and I would’t hear a damn thing. In the water, I my heart beat loudly in my dud ear and it had that swishing sound you associate with water footage that hasn’t had the music applied.

I knew ear plugs would stop the problem from getting any worse, and would even gradually cure it as the water dripped out, but who wants to accept deafness in the water as a cure for deafness on land?

And, as someone who’s gonna fight the ravages of ageing all the way to my hole in the ground, ear plugs are as sexy as hooded bonnets and ten-foot long fun boards.

Then, I happened to be talking to Tom Carroll for a political book project (the two-time world champ boycotted South Africa in the eighties because of the White Devil’s apartheid there), we were talking about how shitty it is to be deaf, and he suggested I might wanna look up Surf Ears, a company he’s involved in.

The difference in these things was you can hear. You sit in the water, you can talk, there’s no heart-beat, no water swishing around.

They ain’t cheap. Sixty-five dollars in Australia, an equivalent price elsewhere. I don’t pay, of course. (Review set!) But after using ’em every day, and then losing ’em in a carpark somewhere, I tap in my credit card numbers and I buy a new set.

I hear. I joke. Pals greet me in the water.

And they look relatively slick given their unsavoury job.

I recommend. ‘Cause deaf ain’t fun.

Which voice would you want in your ear each night?

So who do you think has the best voice in surfing? Occy and his bogan rolled vowels? Joe Turpel and his smooth emptiness? Pete Mel and his dad next door? Rosy Hodge and her balmy South African? Gabriel Medina and his Godj Blesssssj Charliejjjjj? John John Florence and his Humble Hawaiian? Mick Fanning’s mom and her shrill protectorate? WSL CEO Paul Speaker and his voice of faux authority?

Tell me, and tell me true, does anything beat a smokey voice? Raspy? Blonde?

NO! Nothing beats it and I’ll fight you to the death if you disagree. Listen below and if you still disagree then you had better sleep with one eye open because I’ll be hovering with a knife above your throat.

Matthew Perrin, formerly head of Billabong is in trouble! But for what?

Billabong’s ex-CEO Matthew Perrin’s life has just become a tabloid disaster. Messy divorce, charges of fraud, stealing homes, bankrupting families, affairs, pregnancy, etc. but I didn’t know any of that when I stumbled on a headline that approximated the one you see here. “Ex-Billabong CEO” and “I’ve done a lot of bad things” near each other.

And my mind raced. What could he possibly be talking about?

Maybe once producing boardshorts that cascaded far below the knee and looked like baggy skirts?

Maybe going on a spending spree, buying up UK surf shops at the dawn of Internet retail?

Maybe losing Graham Stapelberg, the greatest ever employee and pal anyone could hope for, to the World Surf League? 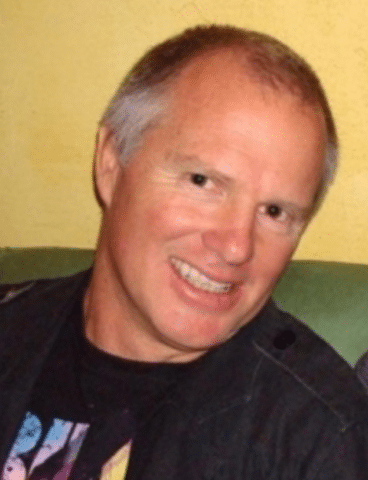 Maybe producing a sandal wherein the bottom could be used to pop a beer bottle?

But then I remembered they didn’t do that last one so read the story instead. Would you like to as well?

Let us turn to news.com.au!

The then-wife of Billabong boss Matthew Perrin thought he was going to admit he had been unfaithful again when he confessed, “I’ve done a lot of bad things”.

But he replied “no, it’s much worse than that” and told her “I’ve lost everything”, including their $15 million, waterfront home.

Nicole Bricknell dramatically broke down in the witness box as she described how the multi-millionaire couple went belly-up after Perrin allegedly used the Surfers Paradise house as security for $13.5 million credit from the Commonwealth Bank.

Perrin and wife Nicole Bricknell allegedly made $33 million from their investment in the popular surfwear company in the late 1990s.

They enjoyed a luxurious lifestyle for a number of years that included overseas holidays, $10,000-a-month living expenses and the gift of a $75,000 car to her husband, she told the Brisbane District Court.

It all fell apart after Perrin allegedly used their luxury Surfers Paradise home as bank security.
The former CEO is now on trial for fraud and forgery after allegedly faking his wife’s signature on the paperwork in 2008.

The couple had designed and built their property together as a “forever home” for them and their three children, Ms Bricknell said.

The trial had to be temporarily halted on Tuesday when she broke down in tears and began hyperventilating.

Bad things indeed! Though Graham Stapelberg sure would look good in The Penetrator cruising the WSL’s Santa Monica neighborhood.

And not just any photographer but Surfer photo editor Grant Ellis! Maybe!

Wind’s bad, surf’s shit, and I’ve spent my day chasing Finn McGill. He’s the most sought after sixteen-year-old boy on Oahu, jamming myself into his day has not proved easy.

I’ve spoken to his mother, she is a very nice lady. Very proud of her young son. Finn’s dad’s name is Mike. He invented the McTwist!  But not really. Just two guys who share a relatively uncommon name. I know what that’s like. Finn’s Mike is a photographer, not the prominent 80’s skateboarder.

While I wait for Finn to find a few minutes between chats with far more prominent outlets, I figured it’d be a good time to dish a tasty North Shore rumor.

But I’m not talking about that kind of rumor. Different spelling. The American one. No ‘u’. Wherein I tell a story based on unreliable second hand information. Journalism at its finest.

Still a good kind, if not the best. And it involves Eddie Rothman. The world loves Eddie stories, right? Maybe not as much as they love Fleetwood Mac, but it’s still entertainment. Not a legendary 70’s rock album, but what is?

Why did Mr Rothman chase Surfer photo editor Grant Ellis off the beach? Was it due to the mag’s decision to not run a video of Big Island local, and shark attack survivor, Jimmy “Ulu Boi” Napeahi?

But what video, or rather, which video?

Probably not this one, since it was produced by Freesurf.

I don’t think it was this one, because it’s a few years old.

I hope it wasn’t this one. It’s pretty boring.

I truly do not know. I only know two things: I could be totally misinformed, and this whole thing is nothing but clickbait. I have no idea what title Derek’s gonna throw on here, but if you’ve read this far, you got got!

And the trailer for his new film The Smiling Bag inspires.

Open your mind to art! And you think I’m joking? You think I’m being purposefully/ironically hyperbolic?

Well you are wrong. The angles, interludes, music, cast, staging, direction and editing here are as good as I’ve ever seen in a trailer. The turns alone…

Have you ever seen this many full-throated turns in a modern surf film trailer?

I told you already that you are an asshole. I was right then and I am right now.

There is nothing to hate here. Only things to love. Only, hopefully, the future of surf.

the smiling bag. extended trailer. from Dion Agius on Vimeo.

Review: Surf made me deaf but now I hear!

Decided: The best voice in surfing!